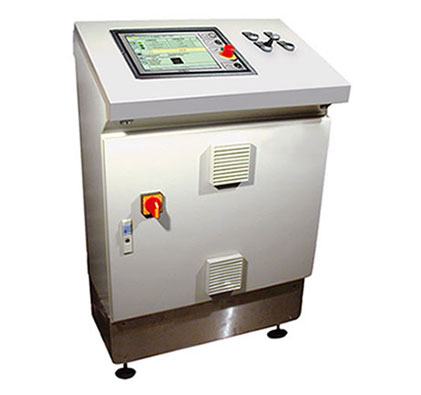 The automation and supervision of SMI conveyors are controlled by the VLS (VaryLine System) PRO, an advanced hw/sw system designed by SMI and based on PROFIBUS field bus.

The VLS PRO can control up to 121 inverter-equipped motors and integrates in a single control unit both the PC controlling the conveyor line and the multi-language man-machine interface. Furthermore, the control unit can be positioned in the most strategic point within the line, thanks to its reduced size.

Automation and control at customer’s disposal

The conveyor systems manufactured by SMI offer several advantages for the end user, thanks to the innovative technology used for the automation and control of the system operations. Among the main features, the following ones are worth mentioning:

From the POSYC VLS control unit with LCD touch screen, the operator can perform several operations, such as: